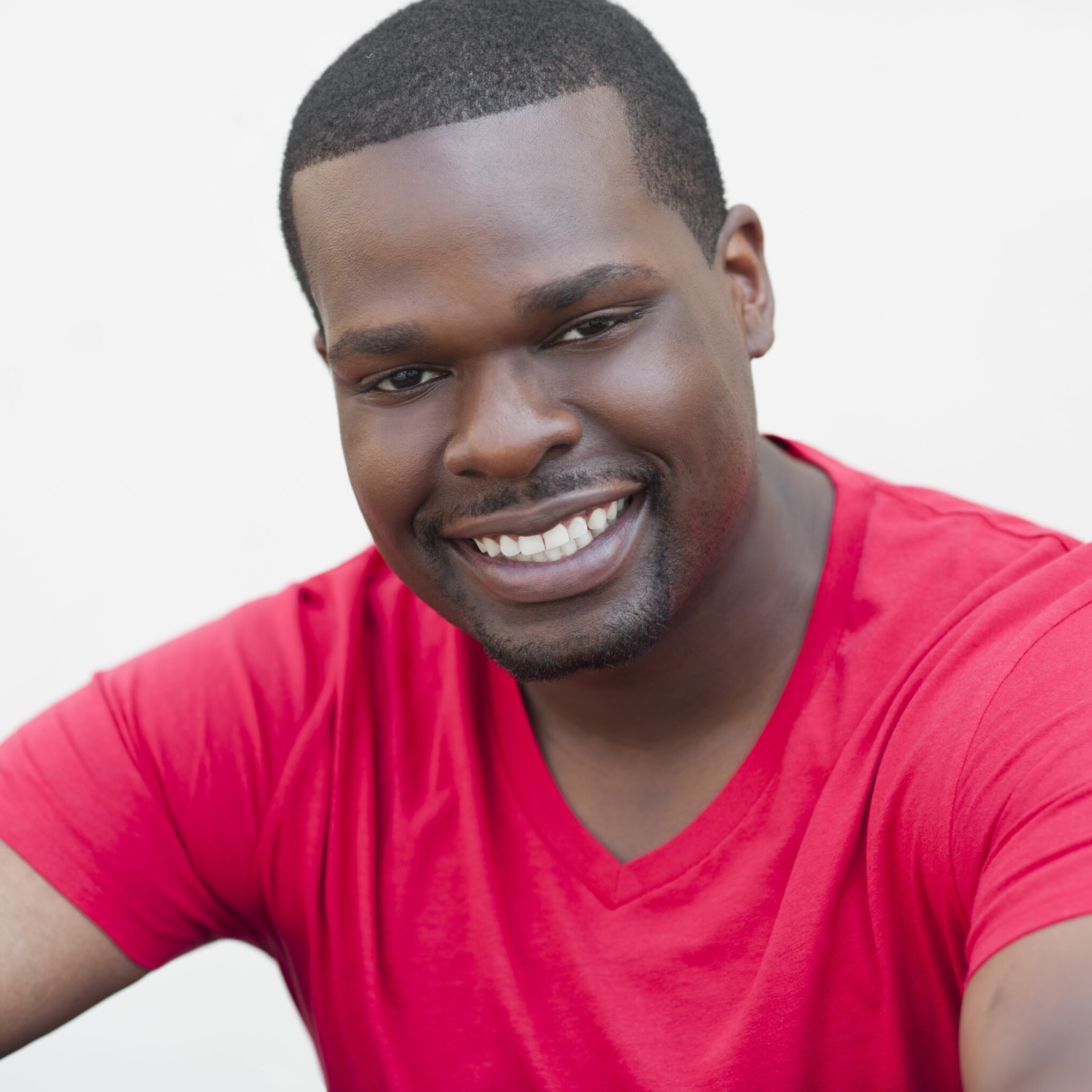 Marty Austin Lamar’s life has been filled with music since he was a child. Classically trained on piano, Marty was reared in the church and spent his formative years accompanying, leading, and participating in choirs led by his parents and a host of amazing family members, teachers, coaches and mentors.

Marty graduated from the Florida A&M University’s School of Business and Industry and furthered his education at the University of Florida where he received his Master of Fine Arts degree (MFA) in acting with an emphasis in Musical Theatre performance and technique.

Marty currently serves on the faculty of Howard University as full-time lecturer and coordinator of the BFA Musical Theatre program. As coordinator Marty has worked to improve and expand the current curriculum and grow the program’s ability to serve and train young African American artists. With a focus on training the total artist, Howard’s BFA Musical Theatre program strives to ensure that all students matriculate through the program prepared to compete in the competitive world of professional theatre. Additionally, Marty is the founder and CEO of Kinship Entertainment Group, LLC. Kinship is an entertainment company focused on producing faith-based entertainment and the training of future artists. Kinship’s work has premiered in Florida, Georgia and Washington, D.C.

Marty has been featured in the Washington Post for his choral and instrumental works written for the 6th in the City Chorus of The Historic 6th and I Synagogue of Washington, D.C. Marty has been a featured writer for the African American Lectionary and season reviewer for Shakespeare Theatre Company. Marty was recently nominated for the Helen Hayes Award for Best Supporting Actor in a Musical.

Marty is an impassioned advocate, practitioner and educator in the field. He is committed to the preservation and sharing of the HBCU’s legacy of training and producing stellar artists of the stage. 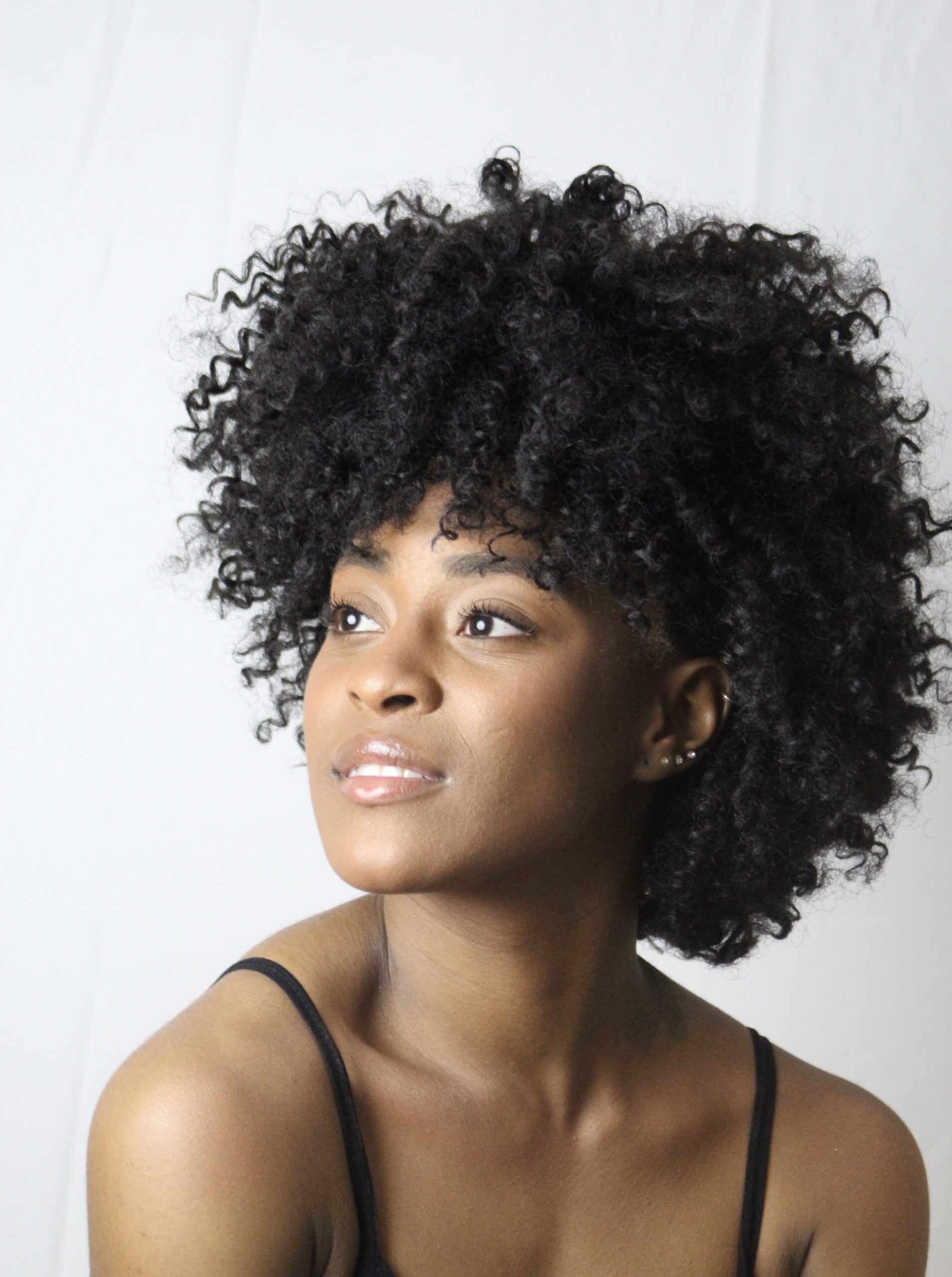 Aiyana Smash made her Broadway National Tour debut as Mimi Marquez in the 20th Anniversary Tour of RENT. She is a graduate of The Institute for American Musical Theatre and is a singer/songwriter and musician who has performed throughout New York City at venues such as the world famous Apollo Theater, Steinway Hall, the Highline Ballroom, Lincoln Center and the Plaza Hotel. 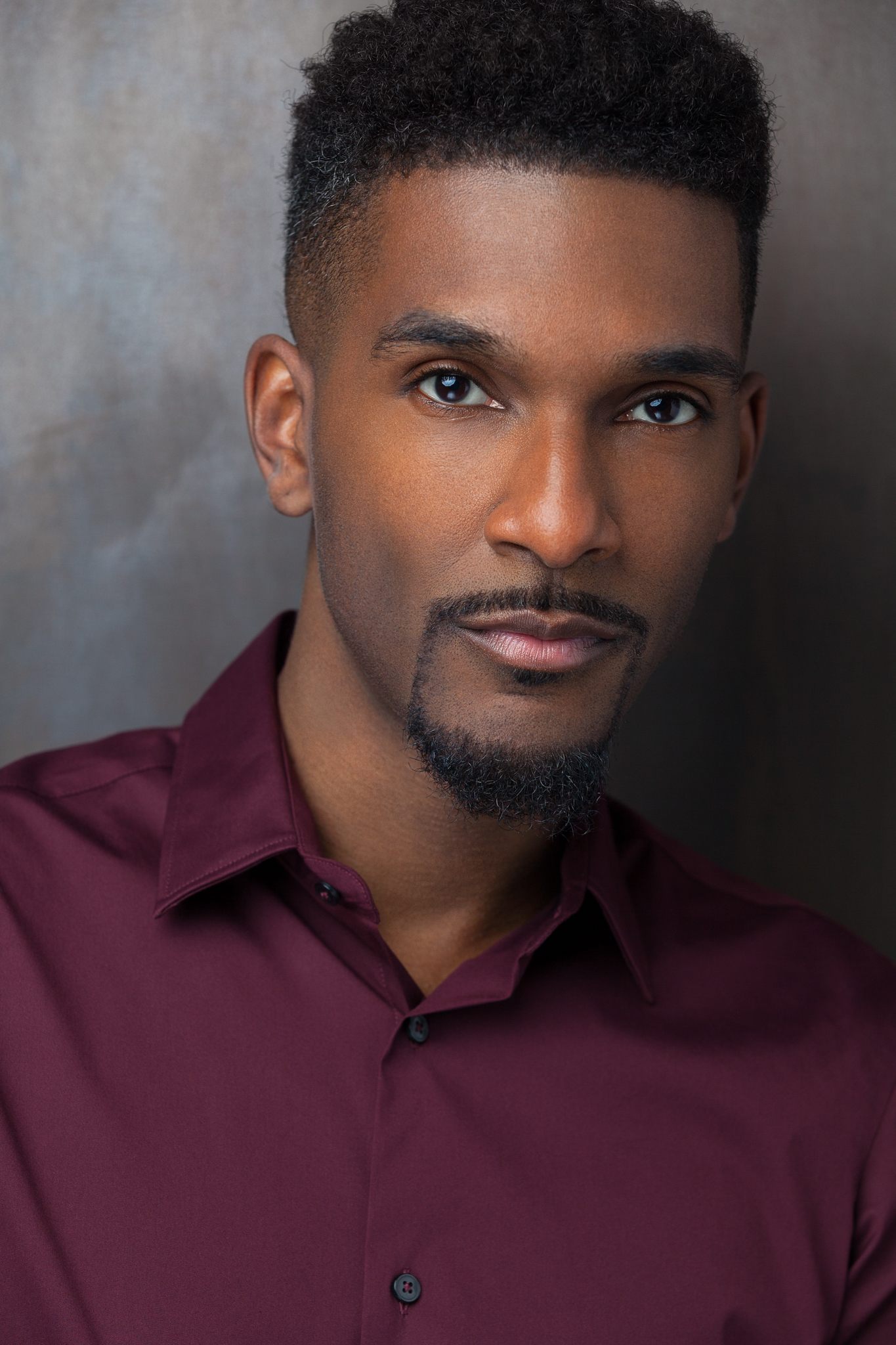 Benjamin H. Moore is a versatile, multi-faceted performer who has performed professionally in musical theater, gospel/Christian, R&B, jazz, opera, and classical music. His gifts and talents have afforded him the opportunity to travel the USA and abroad. Most recently, Benjamin made his Alliance Theatre debut in the US Premiere of Maybe Happy Ending, directed by Michael Arden. Past credits: 20th Anniversary Tour of RENT, The First Noel (True Colors Theatre Company), Once on This Island (Georgia Ensemble Theatre), Gounod’s Roméo et Juliette (GLOW Lyric Theatre), West Side Story (GLOW Lyric Theatre), John Roxborough – a role he premiered – in Shadowboxer (Center Stage – Baltimore), Black Nativity (Dominion Entertainment), and The Wiz (GLOW Lyric Theatre). Last year, Benjamin released his first cover single, which is available on all digital media and streaming platforms (Fix You by BMoore.). Benjamin gives all glory to God for all that he has accomplished. 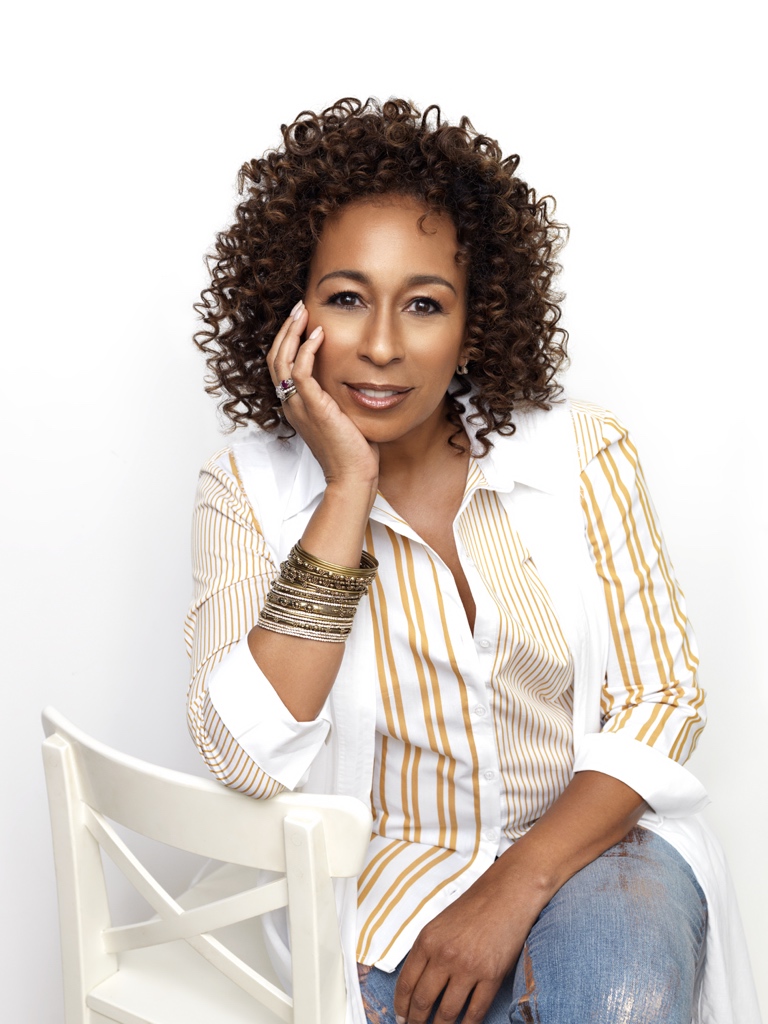 Tamara Tunie starred for 18 seasons as Medical Examiner Dr. Melinda Warner in Wolf Films/Universal Media Studio’s top-rated series “Law & Order: Special Victims Unit.” She starred as Marie Van Der Veen, the matriarch and the “moral fiber” of a Native American tribe, on Sundance TV’s THE RED ROAD. The role is a marked departure from the sophisticated and powerful women she is known for portraying. Ms. Tunie, also, starred in AMC’s series DIETLAND and the BBC/Netflix political drama Black Earth Rising.

Ms. Tunie has had other memorable roles on television, most notably as the longstanding character Jessica Griffin on the CBS Daytime Drama “As The World Turns,” for which she received two NAACP Image Award nominations and two Soap Opera Digest award nominations. She also appeared in the highly visible role of Alberta Green in Season One of the hit series “24”, as well as recurring roles and guest appearances on “Almost Family” “Emergence”, “Better Call Saul”, “Blue Bloods”, “Billions”, “Alpha House”, “Elementary” “Survivor’s Remorse”, “Zoo”, “The Good Wife”, “Law and Order,” “Sex and the City,” and “NYPD Blue”, to name a handful.

In film, Ms. Tunie worked with legendary director Robert Zemekis, opposite Denzel Washington in “FLIGHT”, and has worked with several other of the most respected directors of the screen, including Taylor Hackford, Brian De Palma, Mimi Leder, Harold Becker and Oliver Stone. She had the unique opportunity to work with the legendary Al Pacino twice; she portrayed the possessed wife of a partner in his law firm in the hit film “The Devil’s Advocate,” and his press secretary in “City Hall.” She also worked with famed director Kasi Lemmons and Samuel L. Jackson on both “Eve’s Bayou” and “The Caveman’s Valentine.” Ms. Tunie was also featured in some wonderful “Indies”, like “Irreplaceable You”, “Fall to Rise” and “Bad Vegan”.

She went behind the camera, producing and directing her first feature film entitled “See You in September,” starring Justin Kirk and Estella Warren. Shooting on the streets of New York City, the film surrounds a woman who forms a support group for abandoned patients when all their therapists go on vacation in August, and finds true love.

Ms. Tunie also directed and co-wrote the world premiere of JAZZLAND at The Harlem School of the Arts.

She starred on Broadway with Denzel Washington in Shakespeare’s “Julius Caesar,” and she has also shared the Broadway stage with the legendary Lena Horne in the Broadway musical “Lena Horne: The Lady and Her Music”. She starred in David Merrick’s revival of “Oh Kay!” with Brian Stokes Mitchell. Ms. Tunie toured Europe with “Bubblin’ Brown Sugar,” and portrayed Helen of Troy in the New York Shakespeare Festival’s production of “Troilus and Cressida” in Central Park. In addition, she played “Maggie” in the FIRST all African American production of Tennessee Williams’ “Cat on a Hot Tin Roof” at Theatre Virginia in Richmond. After September 11th, she co-starred with many veterans of Broadway, including Audra Mc Donald and Lillias White, in the 20th anniversary benefit concert of “Dreamgirls.”

Most recently, Ms. Tunie starred as Dorothy Brock in the re-imagined 42nd STREET at the Ordway Theater, and as Prospero in the Pittsburgh Public Theater’s production of “The Tempest”, making her the FIRST African-American woman to play the part. Immediately following, she joined City Theater’s production of “The Roommate”. She also starred in Robert Shenkkan’s riveting drama, “Building the Wall” Off-Broadway. She was honored with an OBIE AWARD for her performance in Danai Gurira’s “Familiar”, at Playwright’s Horizons, and the BERKSHIRE THEATRE AWARD for originating the role of “Brenda” in the critically acclaimed drama, “American Son”.

Ms. Tunie starred as Rose in “Fences” in “August Wilson’s 20th Century Cycle” at the Kennedy Center, in Washington, D.C. She starred in the Contemporary American Theatre Festival’s production of Tracy Thorne’s play “We Are Here”. She received rave reviews for her turn in the lead role of Madame de Merteuil in “Les Liaisons Dangereuse”, and Cleopatra in “Antony and Cleopatra” at the Shakespeare Theater of New Jersey. She also starred in “All’s Well That Ends Well” at the Shakespeare Theatre of New Jersey, playing three roles, while simultaneously producing the musical “Frog Kiss,” part of the New York Musical Theater Festival.

She is Chair Emerita of the Board of Directors of Figure Skating in Harlem, a non-profit organization that supports academic excellence and teaches life skills to young girls in the Harlem community through the art and discipline of figure skating. She serves on the Board of Directors at Harlem Stage/The Gatehouse, and God’s Love We Deliver. She, also, serves on the Advisory Board of Hearts of Gold and the Center for Military Medical Research in Pittsburgh.

In 2005, Mayor Bloomberg awarded Ms. Tunie the “Made in New York Award” from the City of New York for her support and commitment to Film, Television and Theater in Manhattan.

Ms. Tunie has a Bachelor of Fine Arts in Musical Theatre from Carnegie-Mellon University.  She is a Pittsburgh native, but resides in Harlem.