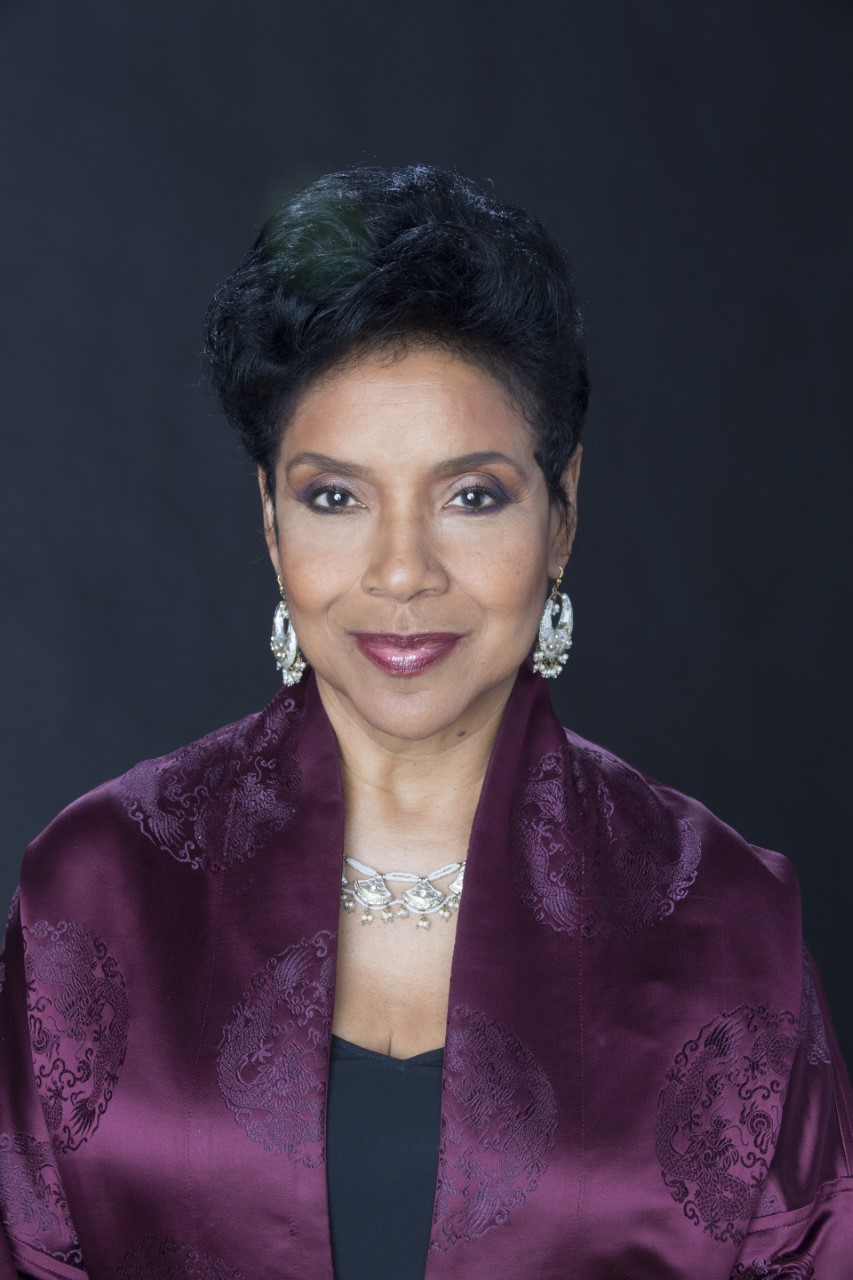 An accomplished actor and stage director, Phylicia Rashad became a household name when she portrayed Claire Huxtable on The Cosby Show, a character whose enduring appeal has earned her numerous honors and awards for over two decades. She has appeared as Carol on NBC’s This Is Us (2019 Emmy nomination), Diana Dubois on the popular Fox TV series Empire, and as Dr. Woods-Trap in Tarrell Alvin McCraney’s Peabody Award-winning series David Makes Man, on the OWN Network.

While television was a catalyst in the rise of Rashad’s career, she has also been a force on the stage, appearing both on and Off-Broadway, often in projects that showcase her musical talent such as Jelly’s Last Jam, Into the Woods, Dreamgirls and The Wiz.

In 2016, Ms. Rashad was inducted into the Theater Hall of Fame and received the 2016 Lucille Lortel Award for Outstanding Leading Actress in a Play for her performance as Shelah in Tarell Alvin McCraney’s Head of Passes at the Public Theater, a role which she reprised at the Mark Taper Forum in Los Angeles.

Rashad performed the role of the Duchess of Gloucester in Richard II, the 2020 Shakespeare on the Radio collaboration between The Public Theater and New York public radio station, WNYC. On Broadway, Ms. Rashad has performed as Violet Weston in August Osage County, Big Mama in Tennessee Williams’ Cat on a Hot Tin Roof (a role that she reprised on the London stage), Aunt Ester in August Wilson’s Gem Of The Ocean, (Tony Award nomination) and Queen Britannia in Shakespeare’s Cymbeline at Lincoln Center.

Ms. Rashad received both the Drama Desk and the Tony Award for Best Actress in a Play for her riveting performance as Lena Younger in the 2004 Broadway revival of Lorraine Hansberry’s A Raisin In The Sun.

Among Rashad’s film credits are Creed and Creed II, Just Wright, and Tyler Perry’s Good Deeds, For Colored Girls Who Have Considered Suicide When The Rainbow Is Enuf and the 2020 release, A Fall From Grace. Upcoming film projects include the animated Pixar fantasy, Soul, and the Christmas musical, Jingle Jangle.

Phylicia made her critically acclaimed directorial debut at the Seattle Repertory Theater with August Wilson’s Gem of the Ocean. She has also directed Stephen Adly Guirgis’ Our Lady of 121st Street at the Signature Theatre, The Roommate at Steppenwolf Theatre, Ma Rainey’s Black Bottom and Joe Turner’s Come and Gone (2014 NAACP Theatre Award for Best Director) at the Mark Taper Forum, Immediate Family at the Taper and Goodman Theatre, Fences at the Long Wharf Theatre and McCarter Theatre, A Raisin in the Sun at Ebony Repertory Theatre, Kirk Douglas Theatre, and Westport Country Playhouse, and Four Little Girls at the Kennedy Center. She will direct an upcoming revival of Charles Randolph Wright’s Blue in New York in 2021.

Respected in the academic world, Rashad has conducted Master Classes at many colleges, universities, and arts organizations including Howard University, New York University, Carnegie Mellon, The Black Arts Institute of the Stella Adler Studio of Acting, and the prestigious Ten Chimneys Foundation established at the Alfred Lunt and Lynn Fontanne Estate. Ms. Rashad also holds the distinction of being the first recipient of the Denzel Washington Chair in Theatre at Fordham University.

Ms. Rashad also serves on a number of prestigious boards including Brainerd Institute Heritage (which is steering the restoration of Kumler Hall at the historic site of Brainerd Institute in Chester, South Carolina) and DADA -he Debbie Allen Dance Academy.

Since 2017, Phylicia Rashad has been the Brand Ambassador of the National Trust for Historic Preservation African American Cultural Heritage Action Fund. She is also a founding member of Black Theatre United (BTU). 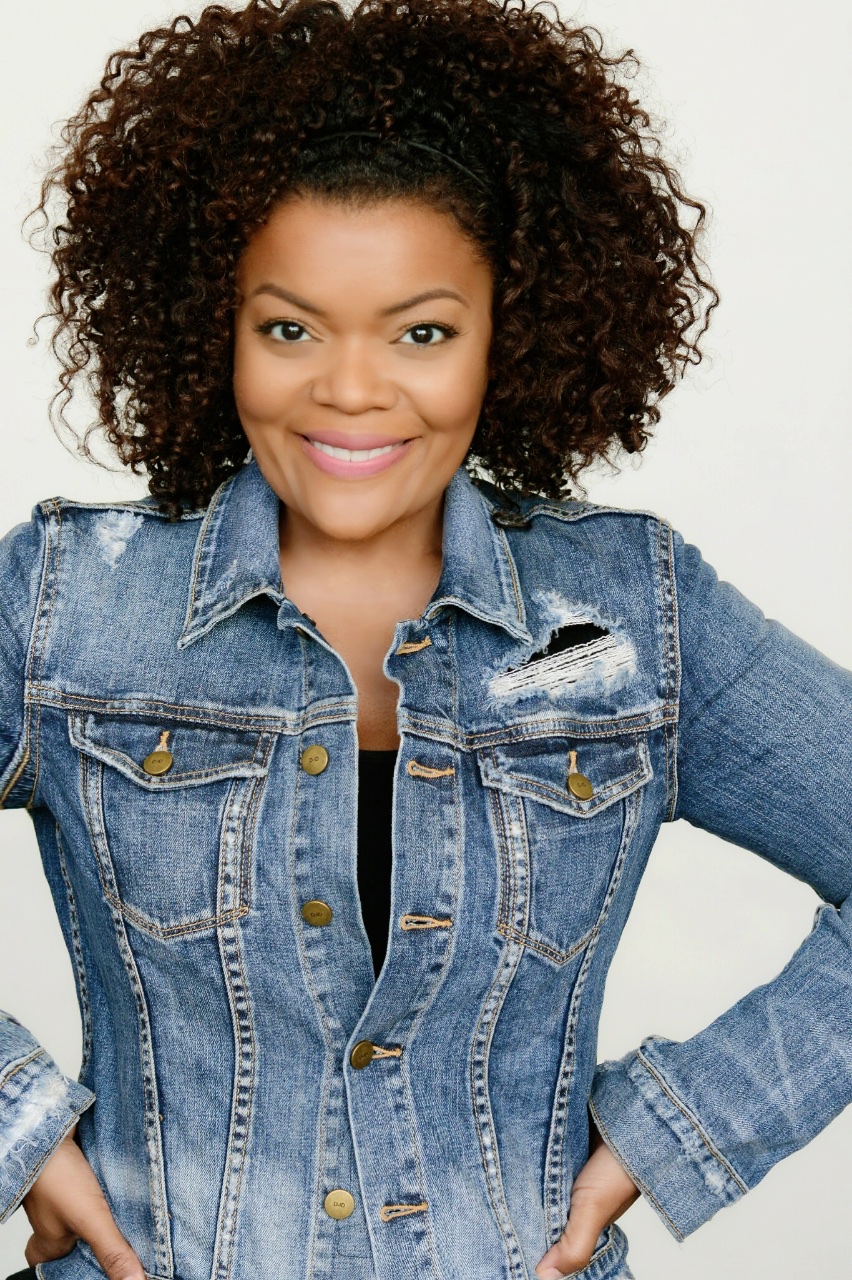 Yvette Nicole Brown is an actress, and ho﻿st b﻿est known for her series-regular and/or recurring roles on the television comedies ﻿COMMUNITY, THE MAYOR, THE ODD COUPLE, DRAKE AND JOSH, GIRLFRIENDS and MOM among many others. On the drama side Yvette starred in the critically acclaimed and NAACP Image Award winning six-hour BET miniseries THE NEW EDITION STORY and appeared on UNSOLVED: THE MURDERS OF TUPAC AND THE NOTORIOUS B.I.G. for USA. She has served as host and moderator for THE WALKING DEAD’s season six premiere at Madison Square Garden for an audience of 15,000 people and moderated panels for 8,000 fans in the famed Hall H at San Diego Comic Con. Her extensive voiceover career includes series regular roles on ELENA OF AVALOR, CROSSING SWORDS, POUND PUPPIES, DC SUPER HERO GIRLS, SUPERMANSION and LEGO STAR WARS: THE FREEMAKER ADVENTURES. Most recently she provided the voice of OKOYE in LEGO BLACK PANTHER.

﻿Yvette is also in demand as a guest and guest co-host on various talk shows including: THE VIEW, THE TALK, THE CHEW, THE REAL and THE TALKING DEAD. She’s also appeared on just about every game show known to man, winning thousands for contestants and her favorite charities.

Yvette is also an extraordinarily talented singer. In her teens she was signed to Motown Records and was featured on the Motown album “The East Coast Family Vol.1,” which included the Top 20 single, “1-4-All-4-1.” As a part of the East Coast Family, a group of talents discovered by Michael Bivins of New Edition and B.B.D. fame, Brown appeared on MTV, “Showtime at the Apollo,” VH1 and BET.

Yvette also has a burgeoning film career. In addition to past appearances in films such as DREAMGIRLS, TROPIC THUNDER and PERCY JACKSON: SEA OF MONSTERS. In 2019 she completed the indie, LOVE & OATMEAL and the debuted as “Aunt Sarah” in the Disney+ live action remake of LADY AND THE TRAMP.

She is continuing her partnership with Disney+ in 2020 as the producer and host of the family-friendly game show THE BIG FIB and the new dramedy starring John Stamos titled BIG SHOT.

Yvette is also an NAACP Image Award Nominated writer for the 2019 Romantic Comedy she penned, “Always A Bridesmaid“ which is currently streaming on Netflix.